Exercise and Fitness as You Age, And How To Stay Younger For Longer 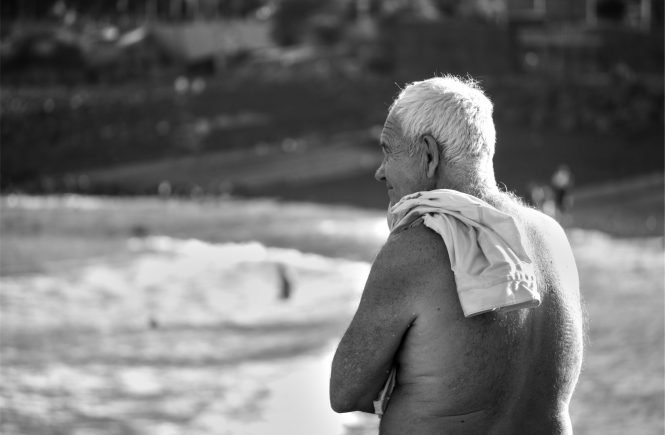 You’ve probably heard that being physically active on a regular basis is one of the healthiest things you can do for yourself, especially as you age.

Whether it’s incidental or structured exercise, physical activity can potentially improve 50% of the physical decline associated with ageing including [better health]:

To help them maintain independence, recover from illness and reduce the increased risk of disease as we age, it is important we establish healthy habits and regimes earlier in life.

The National Health Survey (First Results) 2014-15 found a large number of major long-term health conditions experienced in Australia in 2014-15 could be improved through health and fitness lifestyle modifications. These health conditions included:

Other common ageing conditions which can be partially prevented and reversed with an active lifestyle include:

In 2016, we’re living healthier and longer lives than previous generations. The life expectancy of Aussies has increased from 74 years for girls,and 67 years for boys in the 1960’s to 84 years for girls and 80 years for boys born in 2013. On top of this, the proportion of those aged 65 and over in Australia is increasing. The number of Australians aged 65 and over has more than tripled in the last 50 years to 3.4 million and increased nine-fold in respect to those aged 85 and over to 456,600 in 2014.

So how can we prevent the effects of aging now and in the future? And how can we reverse some of the damage sustained by our current lifestyles?

So stop waiting, and stop thinking ‘it won’t happen to me’ and start building a healthier lifestyle today.

Some of the many benefits of regular exercise for older people include:

As you can see, regular exercise is crucial, and being physically active can help us stay strong and fit as we age. The fitter and healthier we are as we age, the more likely we are to live independently and continue doing the things we love.

I want to share with you a very personal, yet funny, inspiring and somewhat strange story. It’s about a family friend of mine, Lady W (as I will call her). She’s in her mid 80s and is one hell of a lady to say the least.

A few years ago whilst my family was away on vacation, I had returned from the holiday a bit earlier than she had anticipated. One evening whilst I was home, I heard something strange in the front courtyard. I didn’t take much notice of it as I thought the neighbours were most likely just working outside on their driveway or in their garage as they often do. But when I went to leave home the very next day, I could not believe what I was seeing. Someone had been gardening in the front courtyard, which is completely fenced in!

When I returned home from work that afternoon, I drove into the driveway and once again could not believe what I was seeing. This amazing woman in her early 80s, using a small step ladder to climb the front fence and throw bags upon bags of soil, which are ridiculously heavy at the best of times, over the fence all on her own.

So why am I sharing this story with you now? Because just a couple weeks ago, at 10pm at night, she jumped the front fence yet again when I wouldn’t answer the doorbell. She knew I was coming home late, so she had spent the evening coming and going every couple of hours until finally, at 10pm she started banging down my front door and screaming my name.

Needless to say, I woke up from my coma and opened the door to find her standing there with 4 bags full of home cooked dishes! This woman, in her mid-80s, when so many others are barely able to move freely, had used a bin to jump the fence at 10pm at night to bring me pots of soup and homemade baked goods.

And though this story sounds a little nutty, when you really take a moment to think about this woman, it becomes apparent just how amazing she is as a role model. Though she can be a little wacky, which at least she has an excuse for at her age, her kind hearted nature and vigour for life has kept her mind and body switched on. She is extremely active, clearly, and still very on the ball for her age. She’s active in the community with lots of volunteer work and the jumping of people’s fences, keeps mentally active every day, and is extremely physically active, more-so than a lot of people significantly younger.

I hope to one day be a lot like her. To be honest, sometimes I wish I could just bottle up a little piece of her and share it with those who need it most. Because to be so alert, caring, and physically active at her age, well, I know a lot of people close to my age that could learn a lot from her.

So next time you find yourself feeling a bit ‘out of shape’, a bit unmotivated or a bit lonely, just remember this story and use Lady W as a testament to how rich life can be if you treat yourself and your life right.

PS. This is a true story which happened to me. And Lady W, well, she’s the real deal too.